Our today’s guest is Andrew Weaver, a Canadian climate scientist and the leader of the Green Party of British Columbia. As the lead author in the United Nations Intergovernmental Panel  on Climate Change 2nd, 3rd, 4th and 5th scientific assessments, Andrew will talk about the challenges of climate change faced by current society and how the community as a whole can work collectively to counter the effect of climate change.

Nowadays, the rate of change in climate is unparalleled compared to the rate before the existence of human in world, or since we began to have temperature record. In fact, humans are essentially taking the atmospheric carbon that locked into the earth over the tens of millions of years and release it in few decades. In Andrew’s opinion, two major climate change challenges are confronting us right now. The first challenge is disruption of ecosystem and extinction. As the rate of change in temperature is so dramatic, most of the ecosystems are unable to adapt to the shift within such a short timespan so start to degenerate.  For example, the great barrier reef in Australia is basically dying because of coral bleaching, and more than half of it is already dead actually. Also, as the ecosystems are striving to cope with temperature increase, the habitat where the animals and plants depend upon for living are greatly modified, leading to large scale and widespread extinctions driven by global warming.

The second challenge is political instability. Climate change can cause in participation pattern, thereby making wet regions become wetter and dry regions become dryer. As some of the dryer region are already stressed socially and economically, such change in water availability can sow seeds of discontent and induce geopolitical instability, because some people are not able to live the way they used to live (such as Chad). One top of that, there is a growing trend of income disparity between the wealth and poor, which is never a stable situation. If we look back human history, there are ample examples of civilizations which were falling following the same pattern, including over extension, growing disparity, and change in water availability, etc. That is essentially the path we are currently walking on as industrialized species.

As a member of IPCC expert committee, Andrew believes that scientists have done a great job in fighting against climate change. The key scientific metric, which is the estimation of how much the world will warm up if humans doubles the atmospheric carbon dioxide level (the best estimation now is 1.5-4.5 degrees), has not been changed for about thirty-five years, and the scientific community has been consistently arguing that the world is warming at an alarming rate in recently decades, and such increase in global temperature is the direct consequence of the combustion of fossil fuel.

Nevertheless, Andrew recognizes that although the science does a fine job to find out the problem, the political side is nothing but a mess. For years, a series of international agreements have been reached with regard to stop climate change, but little progress has ever been accomplished. For example, a collective agreement has been reached in Paris last year (the Paris accord), stating that the world would try and do what they can to keep warming substantially below 2 degrees. However, after the political leaders in the world signs the agreement and went back to their home countries, few has take concrete measures to implement the reduction plan in the Paris accord. Currently, the global temperature has already increased 1 degree, and if we do no more than just keep existing level of carbon dioxide in the atmosphere, the world temperature will rise by another 0.6 degree, plus 0.2~03 degree from permafrost carbon feedback. Therefore, if the political leaders are truly committed to the goals set in the agreement, that is we should work collective as a society to fight against climate change, no investment should be made in any new fossil fuel infrastructure anywhere in the world, because in order to meet the two-degree target, more than 80 percent of the fossil fuel reserves have to stay in the ground. So here is the fundamental problem: politicians make empty promises, but they don’t have to live the consequences of the decisions because the results will fall on next generation. The countries are all racing to the bottom to see if they can somehow keep doing what they are doing now and pretend they will make the two-degree target, rather than recognizing the incredible opportunity out there to transform the existing system from fossil fuel-based to renewable-based. 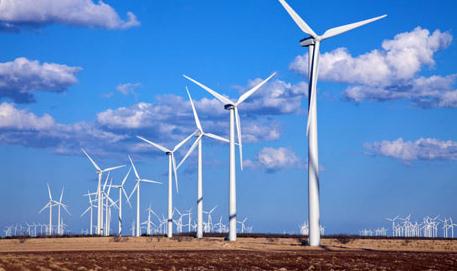 What the society should do?

For Andrew, there is a very simple solution to reduce carbon emission – putting a price on carbon. Right now, it is best interest for every person, household, municipality and country in the world to do absolutely nothing about global warming, because the cost of action is born by individual, and the cost of inaction are distributed among eight billion people in the next generation. It’s an exemplary case of tragedy of commons. Therefore, the way to reduce carbon emission using our existing social economic system is to recognize that the atmosphere cannot be regarded as an unregulated trash can with which we can put anything we want into it. There should a cost associated with emission of greenhouse gas into atmosphere, that is, the pricing initiatives, would be the biggest incentive we could actually do to transform the energy system and a solution that come to the surface rapidly. Now, it is agreed by world trade organization and other free trade associations to allow jurisdictions to impose carbon tariffs on imports from other jurisdictions that does not have internal pricing on carbon, and it is exactly the solution we need. Further, the government should take the leadership in putting a price on carbon because governmental leadership to stimulate the market to right direction

What normal people can do right now to mitigate climate change?

Andrew offers us three ways that everyone can do in their daily life to help stop climate change. The first is to be a wise customer. Every single one of us has a wallet and when we spend our money, it can actually send a signal to the market of what we value. So if all of us shift to greener, cleaner products, such as electric vehicles, goods that produce locally, energy-efficient home appliance, the manufacturers would know what the consumers prefer and they will change their behaviors accordingly. The second approach is through voting, in every democratic state, we have the ability to vote. So if we all believe that Climate change is an issue that needs to be dealt with promptly, we need to put it on frontier center in terms of how we vote. This is particularly important for the younger generation, because the youth of today depending on the country are not as prone to come out and vote as the elderly people, but the problem of global warming is largely created by the older generation and would manifest itself in the future generation. Therefore, the younger generation should get out to vote for people who take tackling climate change as priority. The third way is education. Each and every one of us knows other people, so not only we can reduce our carbon footprint by shifting to sustainable lifestyle, we can also convince other people such as our friends and families to use their wallet wisely and to vote for politicians who truly cares about the issue. These three things combined with carbon pricing, will help solve the problem of climate change.

Interested in in-depth expert analysis about current social issues? Sign up to our newsletter and stay tuned!

Want to create a better world?

HERE IS EVERYTHING YOU NEED TO KNOW!
​Download our crash course including audio interviews and a PDF and Join US on our mission to change the world!